At the beginning of this month, I binge-watched the show It's a Sin, a 5-episode miniseries on HBO. It's about a group of friends in London coming of age in the 1980s against the backdrop of the rising AIDS pandemic. It's semi-autobiographical by Russel T. Davies, who you might know from Dr Who and Queer as Folk.

It's a great show! I was expecting it to be heavy and morose, maybe akin to Angels in America. It does have moments that are deeply sad and tragic, and also infuriating as it demonstrates how the spread of this awful disease was made far worse by ignorance and prejudice in the medical and political establishment. But overall the show is lively and funny and even celebratory, not to mention having plenty of great new-wave classics on the soundtrack. Check it out if you get a chance.

After I finished the last episode, I glanced up at the wall behind my TV to see this self-portrait of my uncle, Dennis Orleans. He died in 1998, at age 43, of AIDS-related pneumonia. At the time, I was 27, and 43 didn't seem all that young, but looking backwards now from 50 it seems far, far too young! I don't know how long he had been living with HIV, but near the end I know it was affecting his mental health in ways not too dissimilar to how it was portrayed in one of the characters on It's a Sin.

Thankfully, when I think of Dennis, I don't usually think about how he died. My memories are about his life: his love of photography, and horticulture, and Fimo clay art projects; his dog Stosh, his little VW car (or Fiat?), the H.A. Winston's restaurant where he sometimes worked and where I think he also painted a wall mural? When I was a kid he'd sometimes put me on his shoulders, which was a little scary because he was 6'4"! But I know he relished being avuncular to me and his other nephews and nieces, and I'm glad we grew up knowing him.

Anyway, watching that show seems like a fitting way to have honored his memory for Pride Month. 🏳️‍🌈 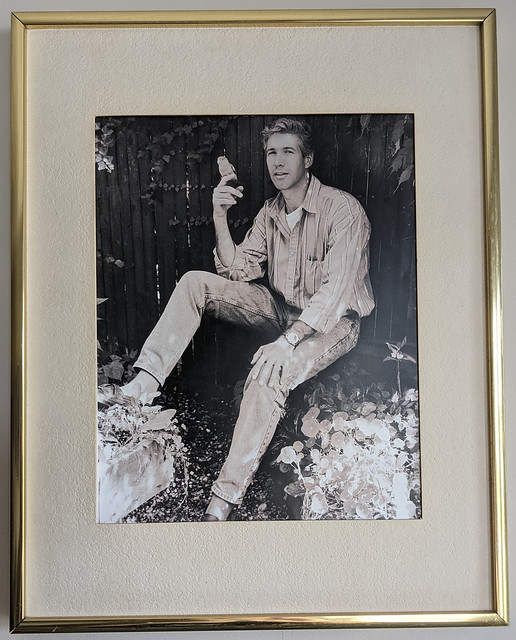